I haven’t written anything lately about the music I’ve been listening to. 2010 has been pretty lackluster so far with regard to new releases, but 2009 is going to be a tough year to compete with. Here’s a smattering of what’s playing on my iPod right now:

Cash has long played the bard in the Bybee family. My Dad was a big fan of the Man in Black of the 1950s and 60s. Consequently, I grew up loving the boom-chicka-boom of Cash’s Sun years and early career. But I’m equally fond of his late career renaissance on the American label. Rick Rubin has produced the final chapter in the opus of an American legend. Death hangs like a pall over these songs, recorded just prior to Cash’s death in 2003. The title track is the best (aided by an appearance from the brothers Avett, no less), but Redemption Day, For the Good Times, and Last Night I Had the Strangest Dream are also great. This one is sure to make an appearance on my year-end list. 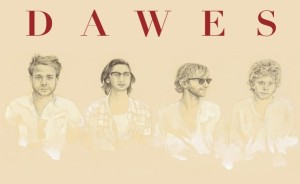 Dawes is an L.A.-based folk rock band that I recently heard on an episode of Chuck. (If you’re not watching Chuck — Mondays on NBC — you really should. Not only is it a great show, but every episode features some really cool music.) I promptly went out and picked up their North Hills LP (which is available on eMusic) and I can’t stop listening to it. According to their wiki page, Dawes recorded this album live to analog cassette, which gives it a classic, vintage sound. There are plenty of Crosby, Stills, & Nash-esque tunes here — That Western Skyline, When You Call My Name, Bedside Manner — but the best cut on the disc is When My Time Comes, whose soaring melody is firmly embedded in my mind now. 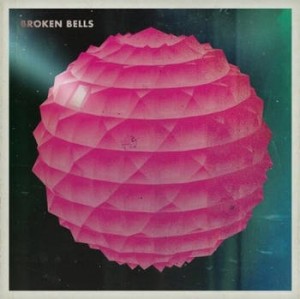 I recently came across this indie band and I really like them. They’re kind of like Animal Collective, only good. Seriously, if you were down with Grizzly Bear’s Veckatimest last year, you’ll like Broken Bells, an unlikely collaboration between James Mercer — singer and guitarist of the jangly indie darlings, the Shins — and Brian Burton, a.k.a. Danger Mouse, a hip-hop & electronica producer with résumé credits including Beck, Gorillaz, and Gnarls Barkley. But the combination really works. Check out The High Road, Vaporize, and October and see for yourself. Another solid album in an otherwise unimpressive slate of 2010 releases.

I’ve also been listening to a lot of Radiohead lately; Dwight Yoakam, too. I had kind of forgotten how much I love Yoakam’s southern California country twang. Good stuff.