The Story: The Kingdom’s Fall 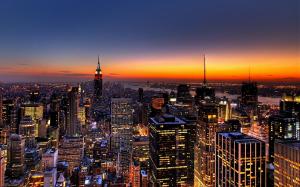 The first city is a bustling metropolis, full of frenzied activity. Think New York, London, Rome, L.A.. It’s a city that never sleeps, a city of constant sights and sounds and smells and movement. There are people bartering in the marketplace, money changing hands. The residents of this city speak a different language that you struggle to understand. Everything is different here: the fashion, the food, the industry. You’re a stranger here. You’re many miles from your home, the place where you’d rather be. You and your family live in a cramped little one-room shanty; you beg for food in the streets; your children sleep on the floor; and there aren’t enough mousetraps in the world to catch the rodents that crawl across your floor. Everyday you’re reminded that you don’t belong here, that you’re different, that you’re “other.” 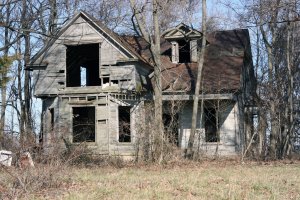 The second city is much quieter. In fact, to call it a city would be generous. It’s more like a ghost town. The place is practically desolate. Boarded up windows and unkempt lawns everywhere you look. You see the house where you grew up, or at least what’s left of it anyway. It’s really nothing more than a heap of ashes now. You see the charred nub of the tree your grandfather planted when your own father was just a baby. It was the tree you and your sister used to climb when you were kids. You spent many summer afternoons sitting under her limbs, enjoying a reprieve from the blistering sun. Under that tree, you would sit on Grandpa’s lap and he’d tell you the stories his grandfather told him – the funny ones but also the important ones. Now this special place has been desecrated; the tree has been chopped down and her limbs used as kindling when they burned down your childhood home. Now these places only reside in your mind and you grieve that your children will never know them.

These two cities aren’t simply figments of our imagination; they unfold on the pages of Scripture. The first is ancient Babylon, a city so wicked that John will call her “the great harlot” when he writes Revelation; we’ll get to that later this year. The second city is Jerusalem in the 6th century BC after the Babylonians ravaged her and took most of her inhabitants into captivity.

This is the point we’ve come to in our study of The Story. As you can see from our title, we’re talking about the fall of the kingdom of Judah. It’s a bleak chapter in The Story, but as is always the case when it comes to Scripture, there is a persistent message of Good News that trumps even the worst circumstances.

The prophet Jeremiah is one of the loneliest figures in Scripture. In Jer 16, God tells him that he must never marry; his singleness represents God, abandoned by His covenant partner, Israel. God calls him to the office of prophet — these are kind of like Hebrew whistle-blowers. The prophets expose the sins of those in power.

Listen to God’s call of Jeremiah:

Here is a sampler platter of the message of repentance God gave Jeremiah:

And so we picture Jeremiah, weeping as he sees his own prophecies coming true.

Jeremiah weeps as the Babylonians completely level the temple of the Lord.

Jeremiah weeps as they burn down our houses.

Jeremiah weeps as they cut down the trees our grandfathers planted.

And Jeremiah weeps as God’s people begin their long walk toward Babylon.

In Jeremiah 29, we have recorded for us a letter that Jeremiah writes to the exiles in Babylon. It’s a dispatch from the margin, from the desolation of Jerusalem. But it’s written to God’s people who find themselves strangers in a strange land.

Thus says the Lord of hosts, the God of Israel, to all the exiles whom I have sent into exile from Jerusalem to Babylon: (29:4)

Jeremiah writes to the “surviving elders” – the ones who survived the journey; the ones Nebuchadnezzar hasn’t executed. V4 contains an important detail: Nebuchadnezzar wasn’t the one who did this. God did!

God deliberately sends his people to Babylon, of all places. What purpose could God possibly have for doing this? Let’s read on…

Build houses and live in them; plant gardens and eat their produce. Take wives and have sons and daughters; take wives for your sons, and give your daughters in marriage, that they may bear sons and daughters; multiply there, and do not decrease. But seek the welfare of the city where I have sent you into exile, and pray to the Lord on its behalf, for in its welfare you will find your welfare.

Isn’t this an odd thing to say? Build houses? Get married and have children? And start a garden? It reminds me of some of the same commands God gave Adam and Eve in the garden of Eden: to exercise dominion over the Garden of Eden, to tend it and cultivate it, to be fruitful and multiply. All of this is found in Genesis 1 right after we’re told that God has made humanity to bear His image.

It seems that God’s purposes for humanity haven’t changed. He intends for His people to live in much the same way as they did before. God’s desire for people living in exile is much the same as His desire for people living in the Promise Land. Plant new trees; have children; create new life; and live out your faith in a new context. Maybe being the people of God isn’t about occupying a particular space – maybe it’s about living a particular kind of life. Are we constituted as the people of God simply because we gather in this space every week? Of course not! It’s about something much deeper – a life that bears His image!

But he continues with what had to be shocking news: seek the welfare of the city and pray to the Lord on its behalf. Seek the peace and prosperity of the city.

The Hebrew word translated “welfare” is shalom. Peace; wholeness; success; completion. This is the standard Jewish blessing. It’s a way of saying, “I wish God’s very best for you.” Doesn’t get any better than shalom for the Hebrews. Gen. 12:2-3, God promised Abraham that his descendants would be a blessing to the nations of the earth. Jeremiah is reminding the people of God that they have an opportunity here to be a blessing to others, even the Babylonians, by seeking shalom in their midst.

God’s people are to seek shalom wherever they go.

This means being a light to the world.

This means loving our neighbors — all of them — as we love ourselves.

This means, as we have opportunity, let us to do good to all people.

What if God was trying to teach us this same lesson? You know, when you read Scripture long enough, you begin to identify with these people in exile. One of the clear points from this section of Scripture is this: God calls His people to live a life of contrast, a life that is at odds with the prevailing power systems of our day.

What if you woke up one day in Babylon — woke up without a voice, without representation, a stranger in a strange land?

What if you woke up one day and you were in the minority?

What if you woke up one day in a land of foreign gods, in a land where your values weren’t the norm?

Some of you are like, “I feel that way today!”

And that’s exactly the point. Historically, the people of God have not enjoyed the tremendous benefit of operating from the position of cultural power and influence that we have enjoyed as Christians living in the United States. Historically, the people of God have more often operated from the margins of Babylon. And if history is a good rule of thumb, it’ll probably happen again.

But even if it does, God’s call for His covenant people endures: live in a way that seeks to bring peace, wholeness, shalom wherever you are.

But Jeremiah takes it to a new level when he tells the Hebrew people to pray for their enemies. Look again at v7.

But seek the welfare of the city where I have sent you into exile, and pray to the Lord on its behalf, for in its welfare you will find your welfare.

But things are beginning to change here with this word from God.

Through Jeremiah, God says, “Love these people so much that their welfare becomes synonymous with your own.” Cultivate a posture of prayer where it becomes second nature to pray for your enemies. Jesus says it’s easy to love those who love you — even tax collectors can do that. My calling for you is to love your enemies enough to pray for them — or maybe it’s to pray for them enough that you love them!

We suffer no shortage of enemies these days. It is naïve to think otherwise. But this question convicts me deeply: Am I praying for them? Do I love these people enough to pray for them to find God’s shalom, the peace of God?

He doesn’t tell me to call my congressman.

He doesn’t tell me to picket and boycott.

He tells me to pray.

The funny thing about praying for your enemies is that you find it a lot harder to hate them. Which is a form of shalom — peace, wholeness — you begin to enjoy in your own life.

This is the kind of life God calls His people to live, a life of contrast from the margins. He says “Live in Babylon with Jerusalem in mind.”

Jeremiah closes his message to these exiles with words of tremendous hope.

God says He knows the plans He has for His people. After 70 years, a group will return from exile and this remnant will begin the rebuilding process. Even in suffering and adversity, God cannot be thwarted. He is always working out His redemptive purposes. This is the message of the cross.

This was not accidental. This was part of God’s plan.

God knows the plans He made for Judah.

And God knows the plans He has made for you and me.

These are plans for prosperity – the word here is our word for the day, shalom. God’s plan will someday be made complete. It will come full circle. 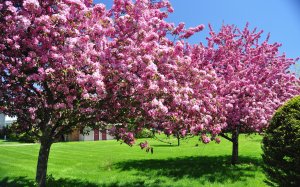 Jerusalem will be rebuilt.

Homes will be restored.

Trees will be planted once more.

This is the hopeful future Jeremiah writes about. It is a future that could be ours.

There is one key ingredient: We must seek God with our whole heart. We must repent; turn away from these false truths that would seek to enslave us. We must gird up our loins for the journey out of exile, for the return home is sure to be a long one.

But as we journey, we are sustained by God’s promise that if we call upon him, he will answer.