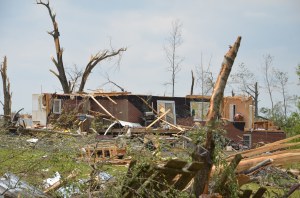 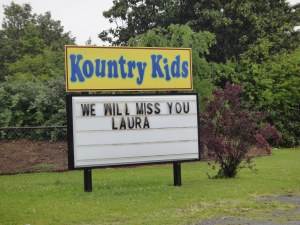 I continue to reflect on the devastating storm that blew through here a little more than two weeks ago. If you came here looking for music reviews or cutesy posts about what my kids have done this week, I’ve got nothing for you. It just seems wrong to focus on so much silliness with so many around who are still hurting. A friend of mine lost two cousins in the storm. A lady who works with my wife lost her home. 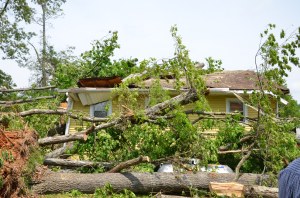 One of our ministers spoke this week with a lady who had to hold on to the legs of her two-year old child to keep the child from flying out of their storm shelter when the door blew off. Unbelievable.

But here’s the good news in all of this: people are recovering. Granted, it’s going to be a long road, and some will recover more quickly than others, but slowly, the people here in north Alabama are picking up the pieces. I know the same is true in Tuscaloosa, in Jackson County, in Hackleburg, in Phil Campbell…in places around the state and beyond. Recovery is taking place in Mississippi, in Georgia, in East Tennessee. And recovery will need to take place in Memphis now. We still think of Japan, Haiti, and other places around the world that have been hit with disaster in the past few months. Over time, we recover. We may not ever fully heal; our scars always bear witness to the pain we’ve endured. But we can and will recover. It’s intrinsic to being human. 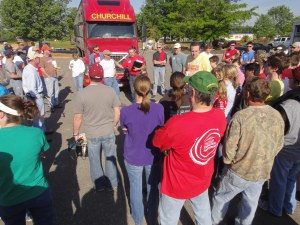 But here’s something else I’m reminded of through all of this: God chooses to make us part of the recovery process. God chooses to use us as His instruments of healing and grace. Even in my pain, I can reach out and assuage the pain of another. This week, many people have read the firsthand account of Randy Robbins, a UA student who survived the storm. Robbins recounts not only the harrowing sounds and sights he witnessed but also his immediate response to protect a young mother and child at the storm’s apex. It’s moments like these — moments of instant reaction — that true character is revealed. Randy Robbins is just one of thousands of people who reacted with indiscriminate love in a moment of danger. No analysis; no deliberation; just unmitigated love for another image-bearing human. 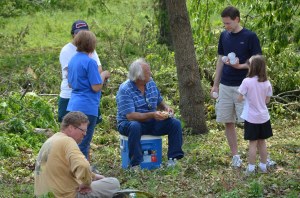 And I’ve seen this kind of indiscriminate love firsthand. Our church family has partnered with another community of believers to reach out and provide essential care, service, food and water. As of yesterday at 5 PM, 656 families, which totals 2573 people (1259 adults and 1314 children) have been served through the relief center at Monrovia. Over 200 families have been served through debris cleanup and house repairs. We have distributed over $600,000 in goods and services since the relief began on April 28, the day after the storm. Over 500 volunteers, representing ten states and a myriad of civic organizations and church groups, have worked side by side with us. Over $112,000 has been contributed by the Mayfair church and is currently being used to rebuild and sustain lives that have been torn apart. Every effort we have made has been multiplied by God as we have only been a conduit through which He has ministered to those hurting. And as informative as some of those numbers are, there is simply no way to quantify the number of “cups of cool water” that have been distributed in this community, all of which brings praise and glory and honor to King Jesus.

God’s image-bearing community is called to demonstrate indiscriminate love, to love without boundaries, in times of plenty or in want, to the glory of our great God.

In so doing, God’s will is done on earth as it is in heaven.